The SHOWDETAILS function helps you show the details fetched from the selected row of the TableGrid control. You can make use of new keys to display the row selected from the table grid control under the specific key name in the Detail View control. The value returned by the function is a JSON array with the dynamic keys provided in the function.

Usually, the order of the keys or columns would be the same as the order in which you have fetched them. However, if you want to reorder it when displaying data in the Detail view control, you can change the order in the SHOWDETAILS function and the data would be presented accordingly.

Now let us fetch the data from a Database connector in a table grid control. 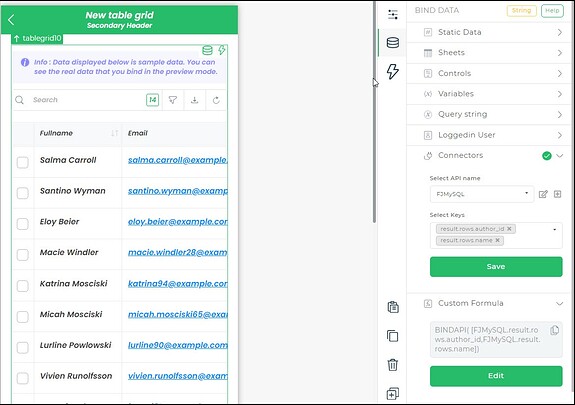 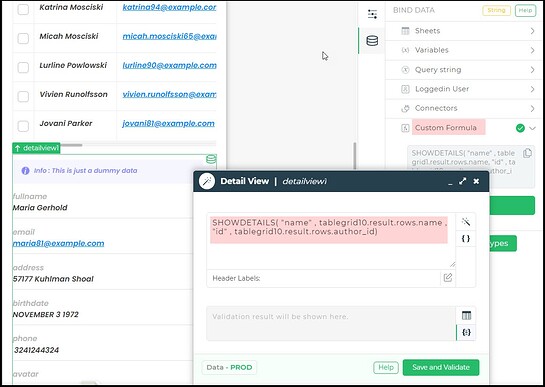 Now if we take a preview and select a row from the tablegrid, the same would be displayed in the Detail view control.