The Dialog action block is a set of actions that provide an interactive interface like showing a confirmation message, providing an alert or even a small temporary pop-up or toast on completion of your actions.

The confirm action provides a confirmation popup that is positioned on the form and overlays the content on the form. Typically in scenarios like deleting records where you want confirmation before you proceed, you can make use of this block. It will have a prompt or message text and the confirm and the cancel action button. You can define the name for the buttons as per your entire user interface. 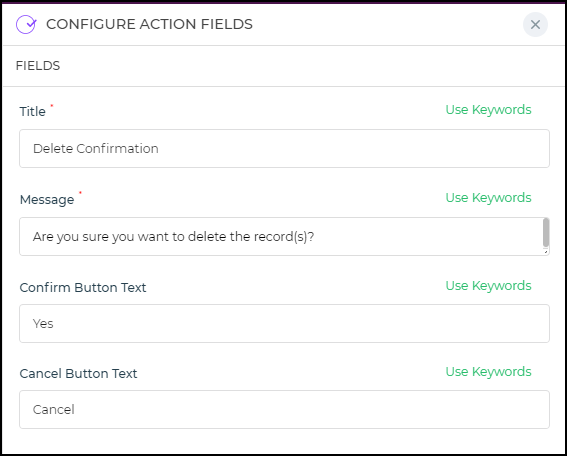 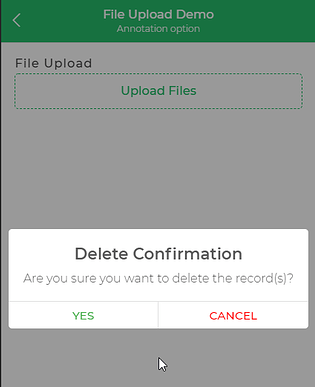 You can then specify a condition as to when to execute the action and which environment. An Action Unique name is important, that would help you identify the tasks in the flow.

Popup is used to show a message and proceed on a response. There is typically a simple single button to provide input and then move to the next step. It takes the focus from the current window to the alert / popup and proceeds on reading the message. There would not be any value input, but just a message to the user before proceeding and a single button to move to the next step on clicking the same. 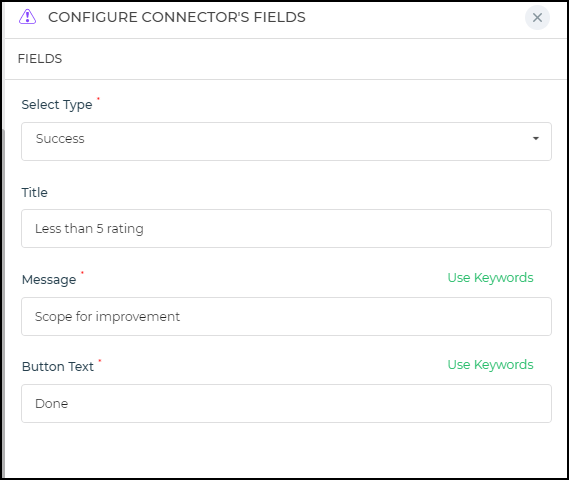 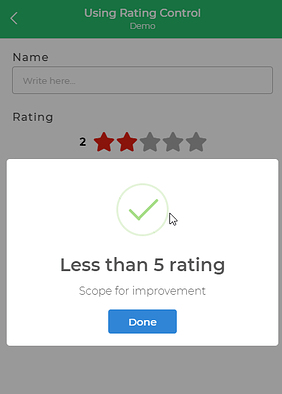 The Toast is also a small text popup to show the notification message to the user. However, it is not intrusive and automatically disappears after a few seconds. It doesn’t block the user experience or force the user to tap OK. 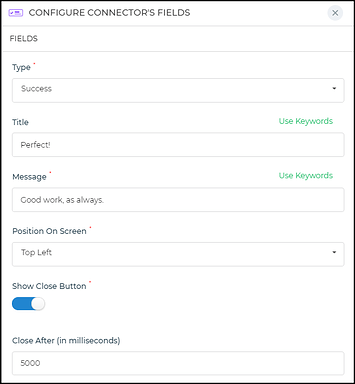 By default, it shows an OK button next to your message, but you can optionally remove that.