In the easy and simple no-code way of building code logic area of Action flow, now you have the action of Write NFC Tag. In the Studio, you have features to program/write NFC tags. We have dedicated action to create NFC tags for passive NFC devices.

This action on the trigger can reprogram NFC tags from devices. Use this action on button controls and you can make your microapp an NFC writer. 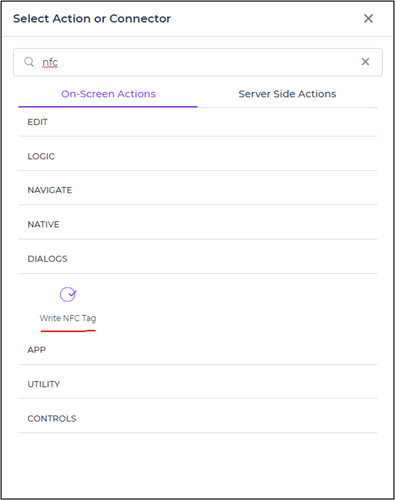 In the above image we have written a text record for the NFC tag.