Article to understand how to use the LOOKUP() Function.

The parameters mentioned below are optional:

The function returns the list of rows based on the filter criteria with the column details as specified using the filters and data type as string, numeric, date, and others as well.

Let’s understand the LOOKUP function with a few examples. In the examples below, we are assuming that the city, state, and zipcode are the form controls for which the data will be fetched or whose input data will be used for different filter examples

Let’s take a simple example where you are getting all the rows from the sheet. In this example, let us use the Citymaster_docs sheet. 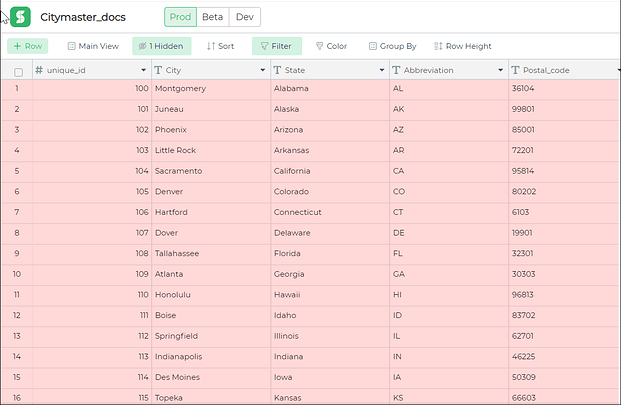 The formula will be built as follows: 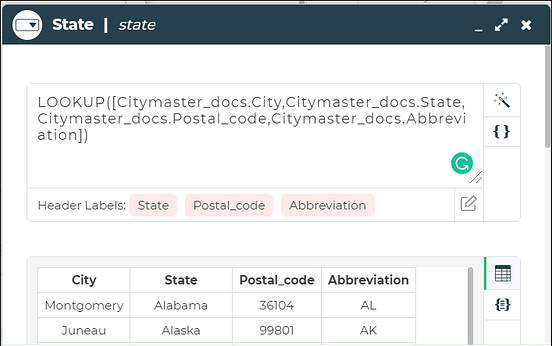 If you see the resultset the data for all the selected columns is displayed.

You can also define various filters to retrieve data based on a condition. You can use the AND, OR, NOT and other operators like MaxCount, MinCount, Contains, and so on listed here under the LOOKUP filter Truth Table here.

Now let us assume that we need to fetch data with a filter that the city rows are fetched where the state is the one specified.

So let us build the formula as follows: 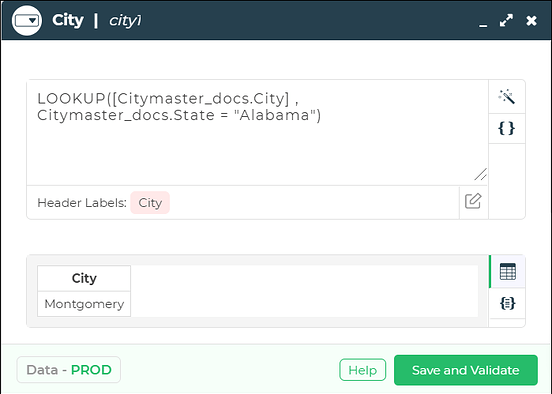 Let us take another sheet - Prod_doctest - here to understand a few more scenarios.

Now let us have a look at an example to fetch data that satisfies multiple conditions. Say for example you want to fetch the Product name from Prod_doctest sheet, whose Product type is ‘Apparels’ and Quantity is more than or equal to 5. The formula will be built using the AND operator as follows:

The formula will be built as follows: 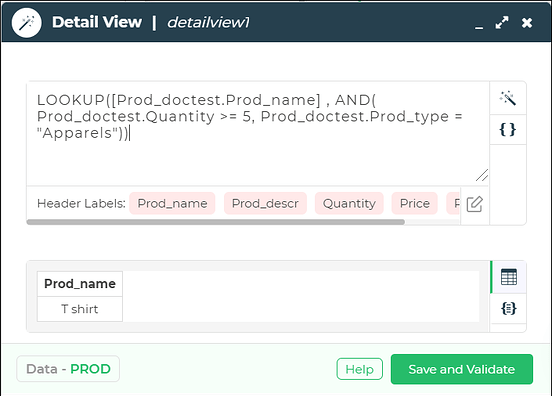 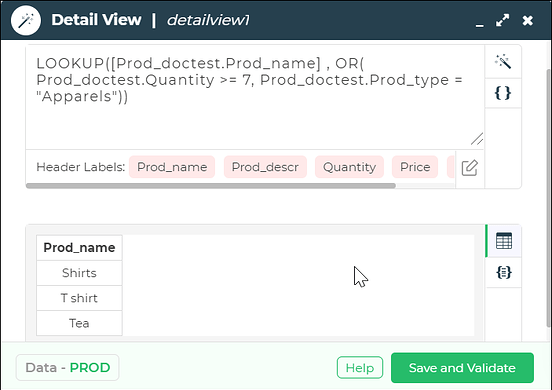 Sorting the data fetched with LOOKUP()

When you are using the LOOKUP function to fetch data you might want to sort the data in an ascending or descending order based on one of the columns.

The formula is built as follows:

where the data will be sorted in Ascending order based on the Prod_name column. 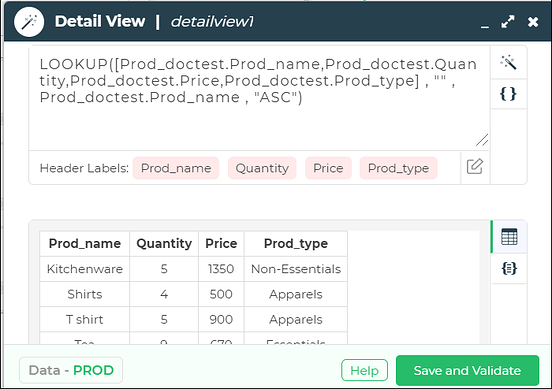 Thus the LOOKUP function can be used to fetch data as per condition and sorted in an ascending or descending order.

So if you consider the LOOKUP formula that fetches city details from a City Master sheet that returns a large number of rows, you can set the Offset and Limit values for the table grid as shown below that would allows you to limit the rows displayed.

For a more detailed explanation about the pagination using the LOOKUP function, refer to this article here.