DronaHQ Studio enables you to use databases by configuring their connectors and now Shell Script Connector is available in the studio.
The Shell Script connector enables you to execute a list of shell commands on a remote server such as AWS, Azure, Droplet, and more by establishing an SSH connection. 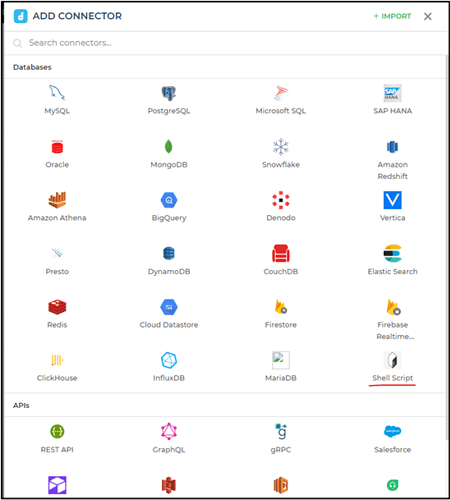 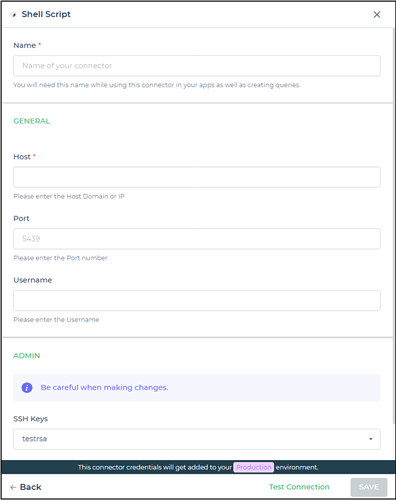 In the next step, we need to fill in the general details to generate the connection with the server. You will find these details from the server itself, which you want to connect to. Enter the details in Host, Port, and Username. The host is the server where the public key is saved and for the port number, we have 22 which is generally used to create an SSH connection.

Moving on to the Admin section you have to select the same SSH key/public key saved in the server from the SSH Keys dropdown. 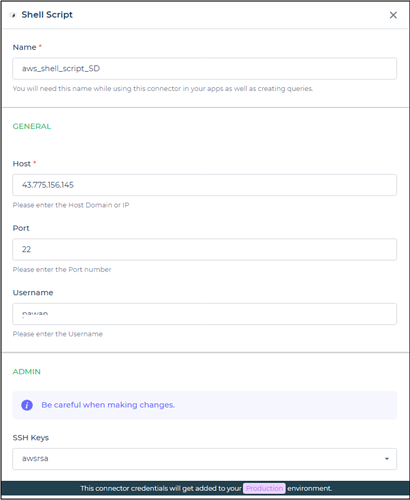 Once these configurations are added, click Test connection. If the authentication is successful, you will get a response accordingly. Click to Save your configuration.

Adding Queries to the connector

Now that you have configured the connector you will find it under the Custom Database connectors list.

There are several actions that users can perform in the server from the backend using the shell script, but to some extent, it can be complex to use the shell. So, in spite of using the terminal, you can have the option to use a more user-friendly platform to perform actions, click the Add query option available after your connection is ready.

You can add commands such as start and stop to carry out the action in the workflow of the server. These actions of workflow can be used in the trigger actions of several controls to interact with the server without the need of using a shell script terminal. 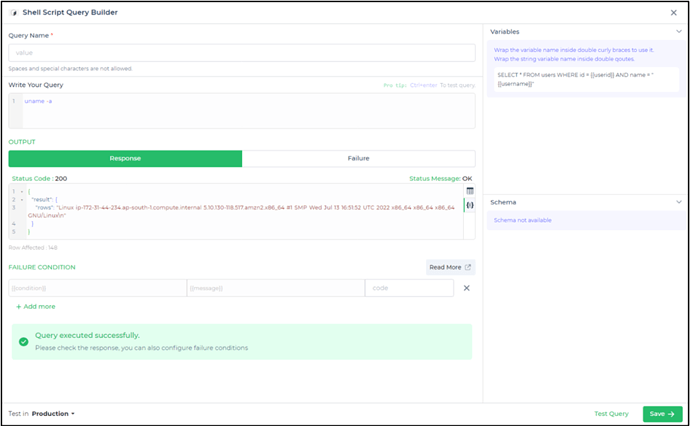 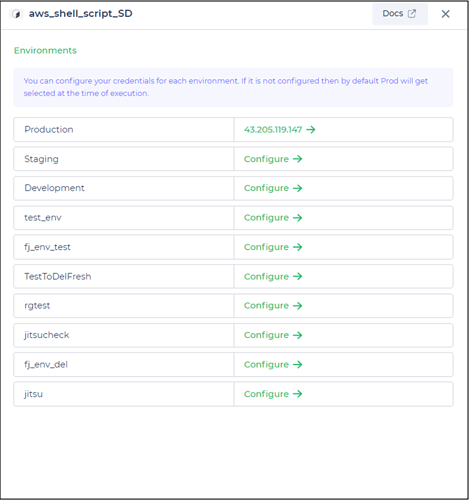 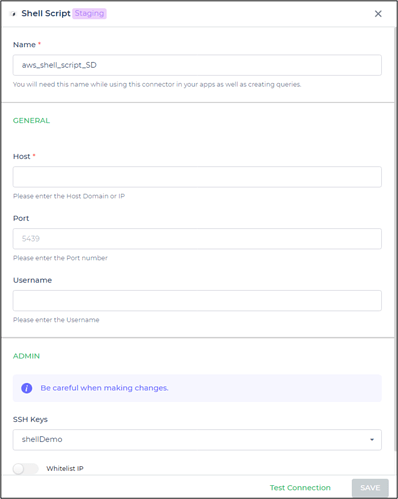