We have seen how the Approval tasks and input tasks work. The approval task which is initiated by the user can at times be left pending at the approver’s end. At the same time, there can be a situation wherein the approver would also need some clarification from the initiator. For this, Studio provides the feature to the Approver to ask a Clarification question/ query to the request Initiator and for the Initiator to send a reply to it. 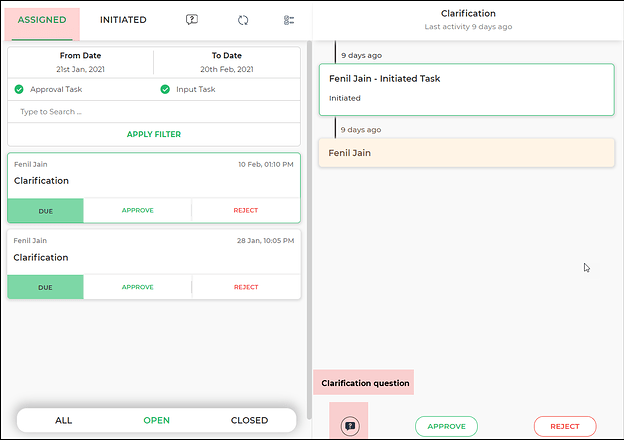 The Clarification is now sent to the Initiator. The Initiator will receive an email as well as a Push notification. The user can reply directly to the query by clicking on the email link and then add the response. 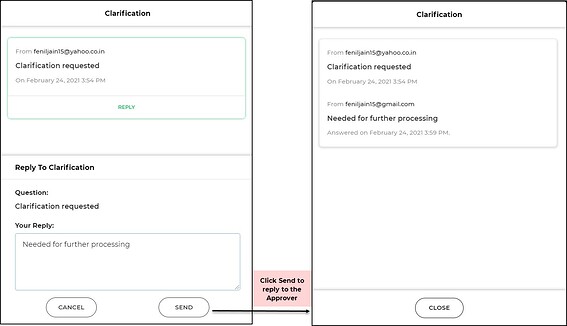 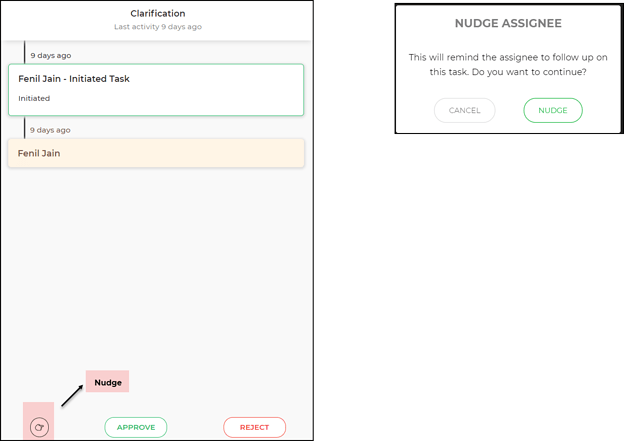 This feature is available only to the Initiator in the Status App only for the pending tasks or overdue tasks.

We thus have a complete process to enable an interaction between the initiator and approver for such tasks that need inputs as well as the approval tasks.