Binding data to controls from Sheets

This article will guide you to bind data from Sheets

Sheets are used to store the data in Studio. To use this data on any screen in your app, or use it in workflows, you need to fetch this data from sheet using a special function known as LOOKUP. LOOKUP is used to retrieve data from any sheet.

To fetch data from any sheet and bind it to a control, you need to write the LOOKUP() formula in the control’s formula box in the following format -

filter is used to filter results in the sheet. Filter has three components, i.e. Column to filter, filter operator & filter criteria. It has the following format - Sheetname.columnname1=“Studio”

sorting is used for sorting the result set on the basis of the column specified in either ascending (“ASC”) or descending (“DESC”) order;

order is the order in which you want to sort the data fetched from the sheet. It can have value either ASC or DESC which needs to be put within double quotes “”.

Lets take an example to understand different ways in which you can use LOOKUP() to fetch data from sheets. Lets try to fetch data from a sheet called as BaseSheet. You can find this sheet under Home>Sheets>Global. The following image depicts a snapshot of this Sheet.

To fetch a single unit of data in a control, for example say first name from the above BaseSheet where email address is " olag.gentil@house.gov " , then the formula will be like - 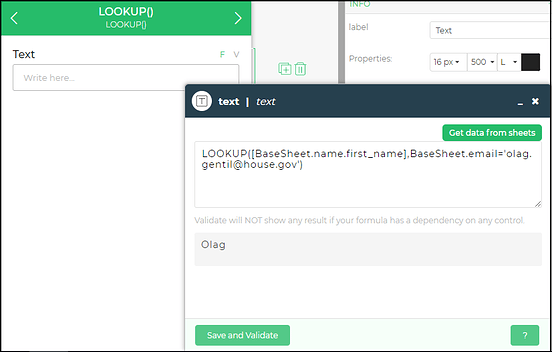 To fetch a list of data from Sheets, you should bind it to a list type control viz. dropdown, radio, checkbox, multi-select, etc. Let’s see this in an example where we would fetch all the departments from the BaseSheet that has a job with title “Staff Accountant IV” . The result set of this query would be a list of departments that should ideally be mapped to a drop-down in order to see it appropriately. Let us bind the following formula to a dropdown control which will fetch all the departments having jobtitle as “Staff Accountant IV” - 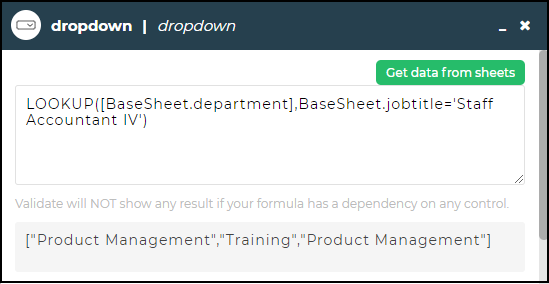 Once you have typed the formula in the formula box of dropdown control, click on Save and Validate button and then click on the preview to see the output (as shown in the below image). 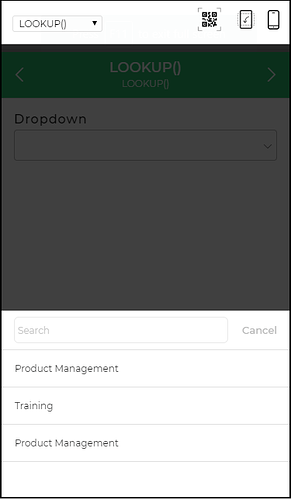 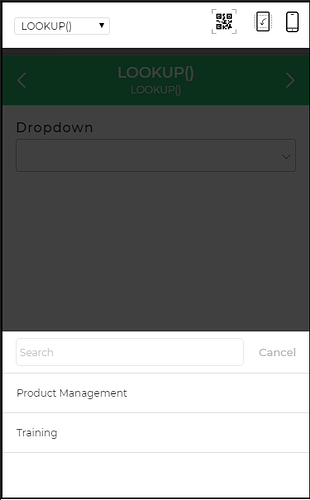 In the above example, we saw how to fetch a single column data. But you will come across situations where you need to fetch multiple column data or data having multiple rows & columns; in such cases, you can use all the relevant columns in the lookup formula separated by a comma and placed within the [ ]. For example, if you want to fetch first name, department & jobtitle of a user from BaseSheet whose jobtitle is “Staff Accountant IV” , then the formula will be like -

To see the output of this formula, paste this formula in a special control called as Sheet Lookup and click on Save and Validate button and preview the app (as shown in the following image). 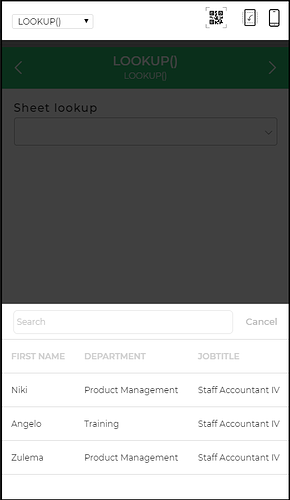